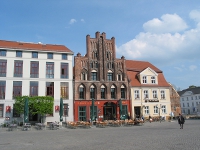 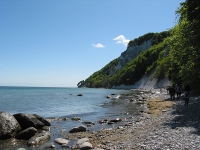 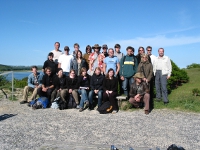 Duration: 7 days and a blocked course in Salzburg

As such changes are usually a matter of long time, it is useful to work on an area with a high dynamic of changes in the last 20 years in Middle Europe. East Germany is such a region.

How the excursion should be prepared:

There was a daily evalutation in the accomodations. Alle group members identified the main aspects of the regional development, the conflict points and their reasons together and made proposals for the perspective development. (development quality goals).

The participants worked on their chosen topic, thus were the „experts“ that introduced the topic of the day (2 people per topic). They continued working on the topic and held a presentation of 15 minutes. With the information gathered they worked out a 10 pages paper that was – together with the presentation and protocol – the basis for grading.

What we wanted to examine and understand:

No recreation at sightseeing, a lot of work and hopefully a lot of knowledge! Bu of course there is the possibility of getting known to the regional gastronomic structures of the region in the evenings. („Test the East“)